Cell Adhesion Molecules (CAMs) located at the cell surface, mediate cell-cell and cell-to-extracellular matrix contacts. Since they are tightly connected to signaling pathways, they can induce signaling in response to the microenvironment. Such a CAM is CD44, a family of transmembrane glycoproteins that mediates proliferation, differentiation, migration and survival. The members of the CD44 family differ in the extracellular domain where ten variant exons are subjected to alternative splicing.
We have discovered that several CD44 isoforms act as co-regulators of several signaling pathways amongst which Receptor Tyrosine Kinases such as MET, VEGFR-2, EGFR, G-Protein-Coupled Receptors such as CXCR4 and members of the Wnt pathway such as LRP6. CD44 isoforms act as signaling hubs integrating the signals from the microenvironment.

The themes developed in the group are:

CD44 expressed on cancer cells is highly involved in tumor initiation, progression and in the metastatic process. However, its function is not restricted to cancer cells alone. Activated stromal cells as well as infiltrating immune cells form a tumor microenvironment upon which cancer cells depend. In pancreatic ductal adenocarcinoma (PDAC), the most lethal type of cancer, most of the tumor volume is made up of tumor stroma composed by cancer-associated fibroblasts (CAF), pancreatic stellate cells (PSC; Figure 1), tumor-associated macrophages (TAM) and other immune cells. The difficulties to treat PDAC derive from its early dissemination into the liver, where a pre-metastatic niche composed by hematopoietic bone marrow derived cells is formed. All these cell types express several CD44 isoforms which could be involved in the regulation of several molecular pathways that are key for their tumor-promoting function. Given that blocking CD44 has a high impact in abrogating tumor progression and metastasis development, we investigate the role of CD44 stably expressed in stromal cells during tumor development and metastatic niche formation.

The interplay between HA, CD44, CXCL12 and CD44 has consequences on the homing of hematopoietic stem cells to their niche and in hematological diseases (chronic lymphocytic leukemia, acute myeloid leukemia). The collaboration between these molecules plays a role in the resistance of leukemic stem cells to chemotherapy.

The molecular mechanism of action of CD44 in Wnt signaling is studied during the development and homeostasis of the intestine and in intestinal stem cell function. 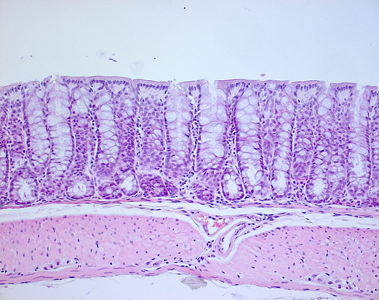 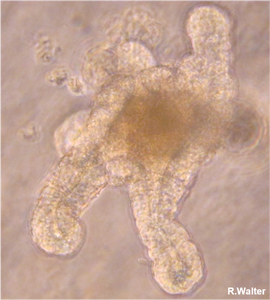 Figure 2. section of a colon and organoid

Given the importance of CD44 in intestinal stemness, the consequences of a removal of CD44 in the intestinal epithelium is investigated in intestinal regeneration.
In addition, the crosstalk between CD44 and Wnt is studied in inflammatory bowel diseases and Wnt-driven colorectal cancer. There, special attention is focused on cancer cell plasticity.

We are further characterizing the molecular complex between CD44v6 and MET using advanced microscopy methods.
We are also studying the importance of the CD44v6/MET collaboration in bacterial infection with a specific focus on Listeria Monocytogenes and the involvement of these molecules in meningitis.

Figure 4: Internalization of MET after induction with Internalin B